Weeks removed from the charges against a sports bettor for threatening athletes, it’s worth taking a closer look at exactly what is alleged and what it could mean moving forward.

On March 4, the Department of Justice issued a press release saying that Benjamin Tucker Patz, a 23-year-old resident of New York, was charged with transmitting threats in interstate or foreign commerce.

Patz, who achieved internet fame thanks to his success in betting parlays, faces five years in federal prison for transmitting threats to professional and amateur athletes via social media accounts.

Patz was released on a $100,000 bond over the weekend and awaits trial. His bond conditions limit his use of social media, restrict him from wagering and have caused him to turn in his passport.

Who is ‘Parlay Patz?’

A New York sports bettor known as “Parlay Patz” faces charges for threatening athletes who have the ability to impact his bets. The criminal complaint, which was filed Feb. 24 in Florida by FBI Special Agent Daniel Nowak, alleges that Benjamin Tucker Patz used anonymous social media accounts to threaten NFL, MLB, college basketball and college football players, as well as their friends.

Patz rose to fame in November 2019 when Rovell wrote a feature on the college student. Patz made a near-daily trek across the border from Manhattan into New Jersey, much like hundreds of other New Yorkers are purported to do for the sole purpose of legally placing bets.

Patz appeared to have it all, which is likely what made his story attractive. Patz was young, had previously been an offshore bettor who was recaptured by the legal market, and was seemingly immune to bad beats.

Perhaps like the stereotype of a millennial sports bettor, Patz spent his money loudly. He commuted to a New Jersey parking lot to place wagers in his 2019 Mercedes C63 coupe and flew to the British Virgin Islands in a chartered plane.

But, all was not well with the bettor who Rovell described as “showing very little emotion” with $40,000 on the line.

The affidavit submitted by an FBI Special Agent details a history of disturbing and threatening messages purportedly sent from Instagram accounts linked to Patz. 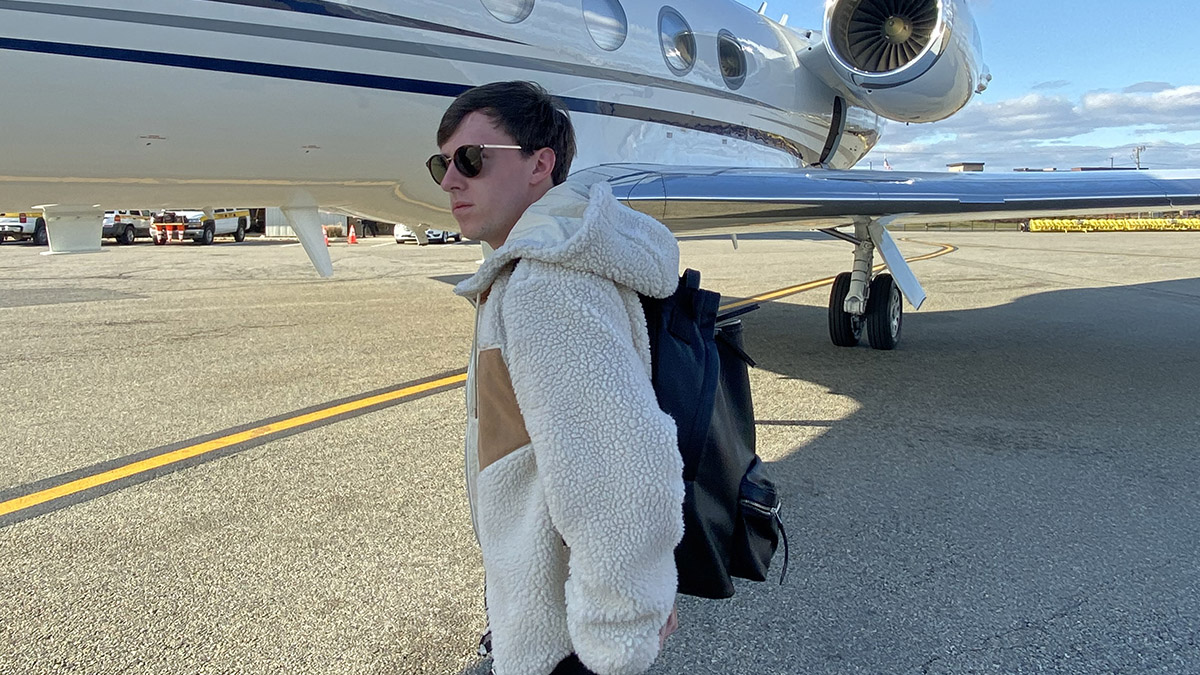 The first harassing message was sent a year ago on March 9 to a Pepperdine University basketball player. It is reported that Patz threatened to decapitate the player and instructed him to watch his back.

The day after these threats, law enforcement filed an emergency disclosure request with Facebook for the user information behind the account that made them. Facebook traced it back to Patz’s Gmail address.

The threats were not limited to players. He allegedly threatened an Atlanta Braves player’s girlfriend over Instagram.

The investigation into Patz

On Sept. 25, 2019, a magistrate judge in the Middle District of Florida issued a search warrant for two Gmail accounts believed by the special agent to belong to Patz and associated with the threats.

The search revealed that 307 Instagram accounts, mostly belonging to professional and college athletes, were sent messages, many being threats.

Information in the email accounts indicated that they might belong to Patz.

Indeed, it appears that information in the articles that made Patz a gambling celebrity also linked him to the harassing messages.

“Maybe it’s good I couldn’t get a Twitter account because I’d probably go back at people. At the end of the day, though, my life has improved because of the techniques I’ve used that have won me all this and what anyone has to say about it doesn’t really change that.”

Whoever transmits in interstate or foreign commerce any communication containing any threat to kidnap any person or any threat to injure the person of another, shall be fined under this title or imprisoned not more than five years, or both.

What to make of this?

Firstly, Parlay Patz is presumed to be innocent until proven guilty.

Law enforcement takes all threats seriously, whether against athletes or not. Patz is facing up to five years in prison, which is the maximum sentence. There is a vast range in possible punishments if Patz is convicted.

Not new but potentially renewed

Unfortunately, threats against athletes are not new. But now that gambling has been legalized and is grown in social acceptance, it is imperative that law enforcement take the steps necessary to protect athletes from individuals who threaten them. Athlete safety is essential to maintaining the integrity of both the sporting event and the betting market.

One of the aspects that the alleged Patz situation reveals is the importance of having access to legal US sportsbooks.

William Hill appears to have played an essential role in identifying a pattern of behavior in the alleged acts. This cooperation would be unlikely from an unregulated book.