A historic 15 weeks after it began, the 2020 Triple Crown drew to a close as Swiss Skydiver crossed the line first in the 145th Preakness Stakes at a spectatorless Pimlico to become the sixth filly to win the race.

She was the first filly to run in the Preakness since Ria Antonia in 2014, who finished last. Hall of Famer Rachel Alexandra was the last filly to win the race back in 2009.

Bob Baffert’s Thousand Words, who was a last minute scratch in the Kentucky Derby after flipping over in the saddling area, took the early lead, followed closely behind stablemate and Kentucky Derby favorite Authentic. Swiss Skydiver moved in on the end of the backstretch for a furiously close homestretch battle with Authentic, battling to the very end.

Authentic opened as the 9-5 favorite and finished second as Baffert looked for a record eighth Preakness win. Jesus’ Team, a 40-1 longshot, was third, and G1 Blue Grass winner Art Collector was fourth.

Swiss Skydiver is trained by Kenny McPeek, ridden by Robby Albarado and owned by Peter Callahan. She set off with 11-1 odds and paid $25.40 to win, $8.40 to place and $5.80 to show. She previously won the G1 Alabama and was a surprising second in the Kentucky Oaks a month ago behind upset winner Shedaresthedevil.

A month earlier, Authentic held off heavy favorite Tiz the Law in a stretch dual to go wire-to-wire in the 146th Kentucky Derby. Tiz the Law, who won a rescheduled Belmont Stakes back in late June, sat out the Preakness since there was no Triple Crown on the line. Instead, he is resting up and preparing for the Breeders’ Cup Classic in November at Keeneland.

The COVID-19 pandemic scrambled this year’s Triple Crown schedule, as the Preakness ran 20 weeks after its original date of Saturday, May 16. The Kentucky Derby was moved from Saturday, May 2 to the first Saturday in September, and the Belmont was moved back two weeks but remained in the month of June. All three Triple Crown races were run without fans in attendance, and all other events (like Pimlico’s InfieldFest) and festivals associated with the races were called off.

The 2020 Triple Crown will always be remembered with an asterisk—because of a different race order, later dates for all three races (which gave horses more time to mature and prep), significantly more time in between each event and a shortened Belmont (9 furlongs instead of the traditional 12).

Last year’s Preakness was won by Gary Barber’s colt War of Will just two weeks after being majorly impeded by Maximum Security in the 145th Kentucky Derby. With now-Hall of Fame trainer Mark Casse and jockey Tyler Gaffalione, War of Will ran in all three Triple Crown races last year, finishing 7th in the Derby and 9th in the Belmont.

He went on to finish an underwhelming 9th in the Breeders’ Cup Classic last fall at Santa Anita before jumping from the dirt to the turf (grass) and focusing on the mile division. In July of 2020, he won the Grade 1 Maker’s Mark Mile at Keeneland.

Next on the racing calendar, the world’s best horses—not just the 3-year-olds that compete in the Triple Crown—head to Lexington, Ky. for the Breeders’ Cup World Championships on Nov. 6 and 7, with comprehensive coverage from NBC Sports. Though the event will be run without spectators, which has become standard for the industry during the COVID-19 pandemic, the Breeders’ Cup will return to Lexington again in 2022.

Get our 2020 Breeders' Cup Picks and Odds

Preakness Order Of Finish And Payouts

War of Will had had very bad racing luck in the Kentucky Derby, being the victim of Maximum Security's sudden move outside. It was as if the racing gods wanted to even things out for him, because he couldn't have asked for a better trip in the Preakness. Starting on the rail, he did not appear to contest the early pace in a serious way. But as he came around the final turn he found all the room he could possibly have wanted on the rail to get past the lead group. The three races before the Preakness on the dirt had all been won on the rail, so you would have guessed that jockey's would have been looking to inhabit the rail and protect it from others. But War of Will could have driven a truck through the hole he found in front of him, and he took full advantage. He found the lead, and maintained it with little effort. Unlike in the Derby, there was truly no question at all who the best horse was here. There were no good excuses anywhere else. It was an impressive, dominant win.

Behind him, though, it was not a good day for the top horses. Favorite Improbable finished sixth, and was never a real factor. He reared in the gate, and never seemed comfortable once he got on to the track. Bourbon War got a lot of attention at the betting window but didn't have his day at all. Local favorite Alwaysmining, with trainer Kelly Rubley looking to become the first woman to train the winner in the race, had a disastrous day. Anothertwistafate had a lousy day, too. 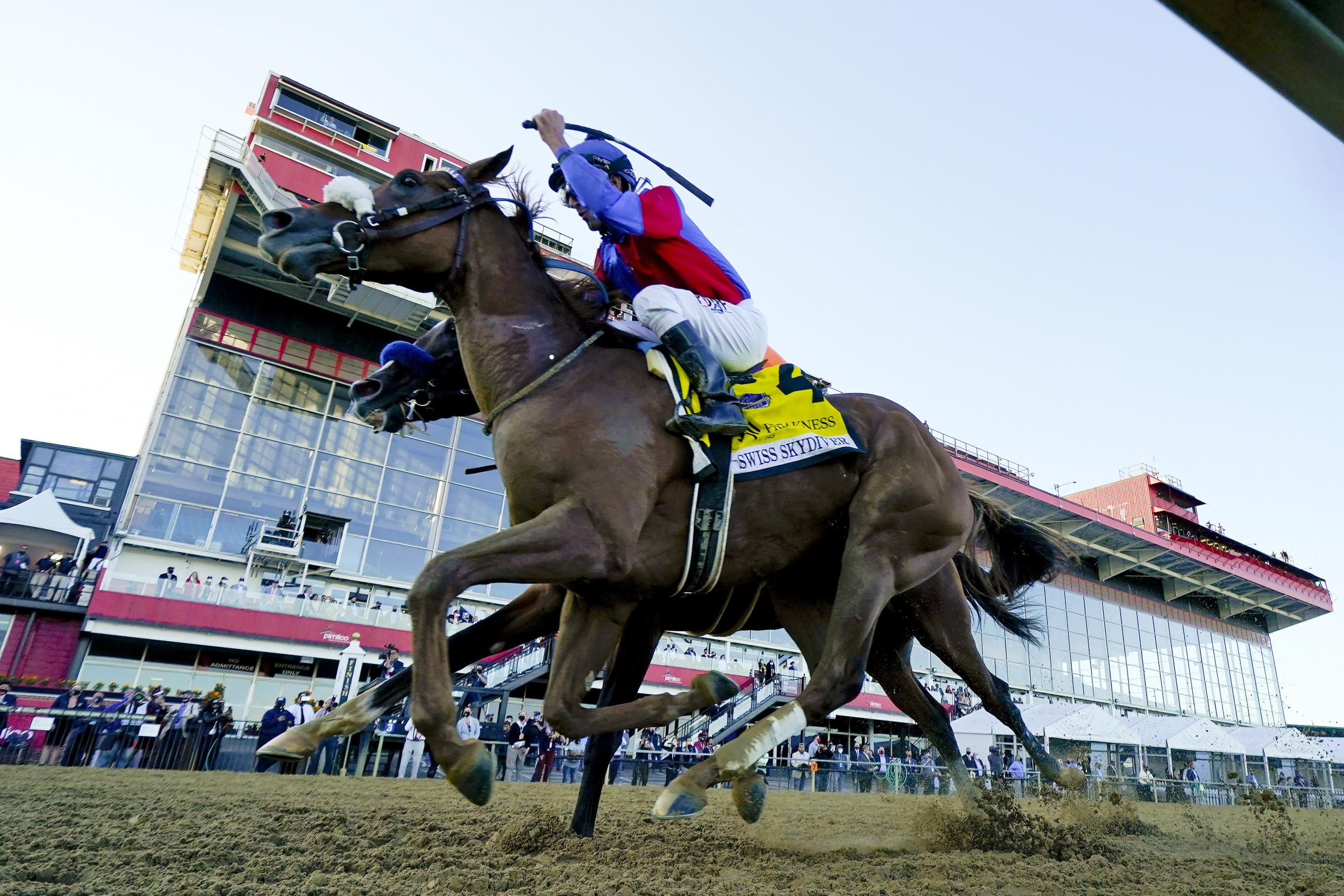 Everfast, a longshot who I gave very little chance in the race, wound up second. He, too, benefited from the speed of the rail. With two more longer prices horses finishing behind him the superfecta offered a crazy payoff — the type of dreams. It was a frustrating superfecta in one sense, though. We try to get so smart in out handicapping, but if you had bet a ticket of all-all-all-all you couldn't possibly have lost, and you would have better than tripled your money.

It's a deserved win for the pairing of trainer Mark Casse and jockey Tyler Gaffalione. The two are very frequent partners on the track, and both have earned their first Triple Crown race win here. Gaffalione was the youngster rider in the race, and this just serves as an inevitable step up in stature for a very talented rider. Casse, who absolutely dominated Canadian racing before focusing south of the border, was the best trainer not to have a Triple Crown win in my eyes, and I am confident that this will not be his last by any means.

There was a scary moment out of the gate when longshot Bodexpres spooked badly out of the gate, and rider John Velazquez was tossed to the ground barely a stride out of the gate. The riderless horse ran the whole race, but thankfully stayed out of trouble and didn't cause any problems.