In poker, blind stealing is a phrase that is used to describe the scenario in which a player raises from late position in order to take down the blinds without contest. This is an extremely effective strategy for inreasing the size of your chip stack as most players “fold to steal %” is extremely high. This means you can pick up 1.5BBs a large % of the time it’s folded to you on the button.

Players in the blinds will often play extremely tight vs button steals as if they call, they will need to play the rest of the hand out of position postflop. Thus, more times than not, those players will have little reason or desire to make a call with their worthless hands. When you do get called, you can then control the size of the pot according to the strength of your hand.

A steal is defined as any open raise from the Cutoff, Button, or Small blind after it has folded to you. Traditionally, most players think it is a steal only when they hold a non-value hand. In other words, the raise is made not on the merits of having a “good” hand, but rather just to “steal” the blinds.

When it comes to stealing the blinds, you will be confronted with a couple of different scenarios that effect your own play. Either you will be the person with the chance to take down the blinds from late position or you will have to put up with other players trying to prey on your blinds. How you play these two scenarios can make a massive difference to your final winrate.

When Is Blind Stealing A Good Idea?

There is no single right or wrong answer when trying to determine when stealing blinds is a good idea. The most correct answer is that it depends on the situation. For example, if you are playing against somebody who’s “fold BB to steal” statistic is 80%+, then raising any two cards from the button will show a profit vs this player.

However, to address this blind stealing issue a bit more in depth, we’ll take a look at different types of online Texas Holdem games to analyse some appropriate times to make a move on the blinds.

In tournaments like a Sit n Go or a Multi Table Tournament, you will find the most success stealing blinds. During these tournaments, you might not have the chance to wait around for the perfect hand. Instead, you will have to make a move in order to add to your chip stack. This usually happens later in a tournament, as blind stealing at the beginning is a risk that is not worth taking. Because the blinds are so small in comparison to the number of chips in your stack, there is not much to gain by stealing the blinds in the earlier levels. This also means that the big and small blind will be much more likely to call your raise because it will not cost them a whole lot in comparison to their chip stack. 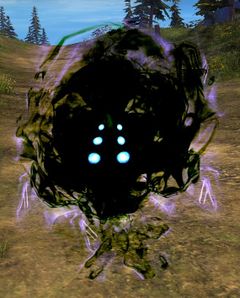 However, as the size of the blinds increase in tournaments, so should your steal frequency. Online casino with sign up bonus in usa.

If you play enough cash games online and you have effective bankroll management, then you will understand that the blinds are not very high when compared to the number of chips in front of you. Because of this, you may jump to the conclusion that blind stealing will not make you a whole lot of money in cash games. However, this would of course be an incorrect conclusion, as blind stealing is one of the most profitable parts of any successful poker player’s repertoire.

If your competition is good, you should wait for better hands and steal the blinds less they will make life difficult for you by 3betting light and playing back at you postflop. This is often referred to as tightening your opening range or in this specific scenario, tightening your button stealing range.

If, however, you feel like you have the ability to outplay the players in the blinds, then you can afford to try to steal blinds with a wider range of hands. Even if they call, you will still be able to outplay them postflop using your positional advantage. While you should not be trying steal the blinds 100% of the time (eg you should fold 27o etc), it is a useful trick that you should try to incorporate into your game.

How To Defend Against Blind Steals

Protecting your blinds is something that amateurs are tempted to do. If you sit down at lower limit tables at your favorite poker site, you will often find players who will never let their blinds go without a fight. These type of players generally go broke before too long at the table. While you should always fight for every pot, it’s often best just to fold your hand (especially the weaker part of your range), when someone tries to steal your blinds postflop.

Against weaker players you can look to defend a little lighter and against players who steal too much, you can open up your 3betting range, as these players are likely to be raise/folding the majority of hands on the button. Calling preflop is also ok when you have hands that dominate a players opening range, but cannot call a 4bet. Examples of these hands are KQ or AJ that will be ahead of most player’s button opening range, but are not strong enough to get it all in with preflop (assuming 100BBs in a cash game). We can also defend small pairs, though these hands are often better in multi way pots.

There are of course some times where it is right to protect your blinds. If a player in late position in constantly stealing your blinds, you might re-raise him light a few times which should focr him to tighten his raising range and give your more walks as a result. This way, they will not think that they can just have your blind each and every round. It will also show that you have the ability and confidence to make a move from any position.